Insert a disc into the Blu-Ray or DVD player inside the podium. You can control the unit using either the buttons on the touch screen, the controls on the front of the player, or the Blu-Ray/DVD remote. The picture will be displayed on the touch screen in the video window. Use the arrow buttons to navigate the disk menu. 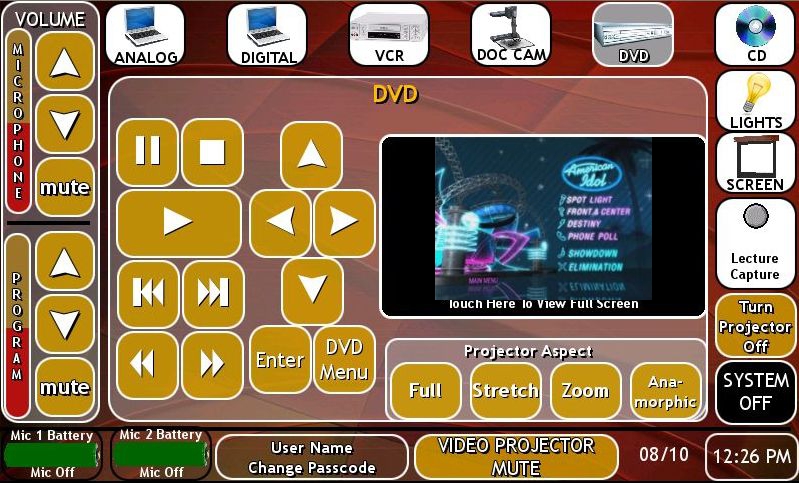 Many commercial disks are encoded with region restrictions, meaning a Blu-Ray/DVD from one country may not play on a player purchased in a different country. All our rooms have multi-region or region free players capable of playing Blu-Ray/DVD disks from anywhere. This function can be unreliable, as you’re intentionally trying to get around legal region restrictions. This is indicated by “Region Free” in the Disk Player row on each classroom’s page available from the menu above.

Be sure to test your disks in the room you will teach in before you need it. Some disk formats, especially those burned from a PC, may play fine in one unit but not on another.

Most rooms have Widescreen projectors. If you are in one of these rooms, there will be Projector Aspect buttons on the bottom of the touch panel. Select the aspect that best fits your disk.